Guys, I made a waistcoat. Pinterest inspiration was this photo, but in darker colours to match the wedding party. I think we pretty much nailed it honestly. But man, am I glad I didn’t do four of these… 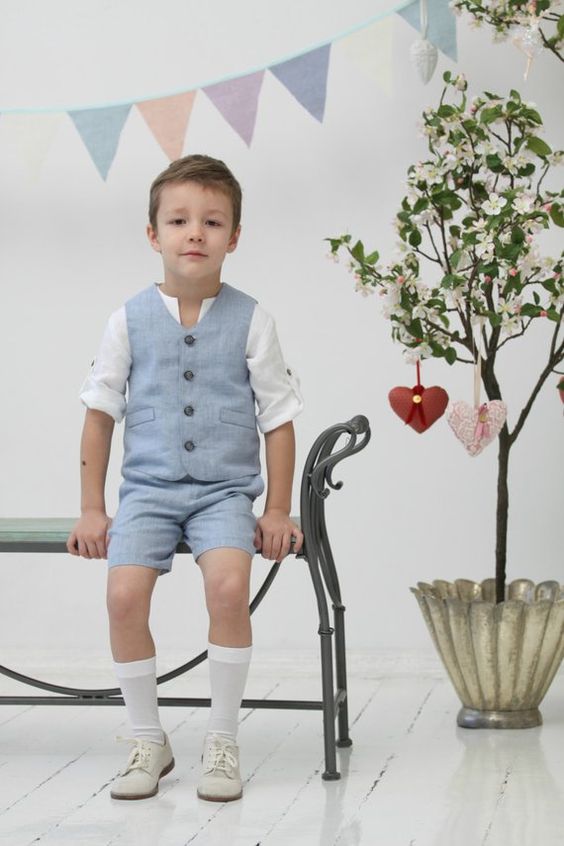 The main parts were made in a wool/poly suiting in navy with a light blue pinstripe. The same as for the baby overalls. It was super pretty and didn’t wrinkle, which was wonderful, but didn’t really hold a press either, which was a pain… if anyone has good tips for solving this do let me know in the comments! Because I am a slightly ridiculous person, and because I like to tease my little brother, and because the wedding was in rural Alberta (Canada) the he facings are made in a very bright tractor print poplin. Because my father-in-law was visiting and decided I needed pictures of me crafting, you get to enjoy the fabric in all it’s freshly ironed glory!

There were all kinds of notions needed here… but I eventually managed to source the correct size of slider for the back of the waistcoat, and matching buttons in two sizes!  I find selecting buttons is always a painful part of the process. Because the shorts and waistcoat both needed them, but it would look silly to have them all the same size and sillier to have them not match. The struggles of an artist, I tell you. Anyhow, the buttons are baby blue dyed corozo nut (called steennoot in Dutch which translates to “stone nut”, these are durable!)

And now, patterns. For the shorts, I considered a few options – but decided to go for a tried and true. The Sailboat Pants by Oliver + S (which I talk about here!) simply cropped to be knee length. I had made one pair earlier in the summer (which got some prime time on the O+S instagram because of epic stripe matching) but here’s also a full shot.

Yes, it’s the same fabric as Chinook’s test run for the romper, a fun piece I picked up from the local charity shop and just barely large enough to fit these two patterns on. Thrifty mom win!

For the waistcoat, I considered another Oliver+S pattern – the Art Gallery (which incidentally is one of Sirrocco’s favourite places to visit, so it would be fitting). But I was leafing through some Ottobre magazines that my Mom had kindly given me for Christmas and found just the  thing I was looking for in issue 6/2017. 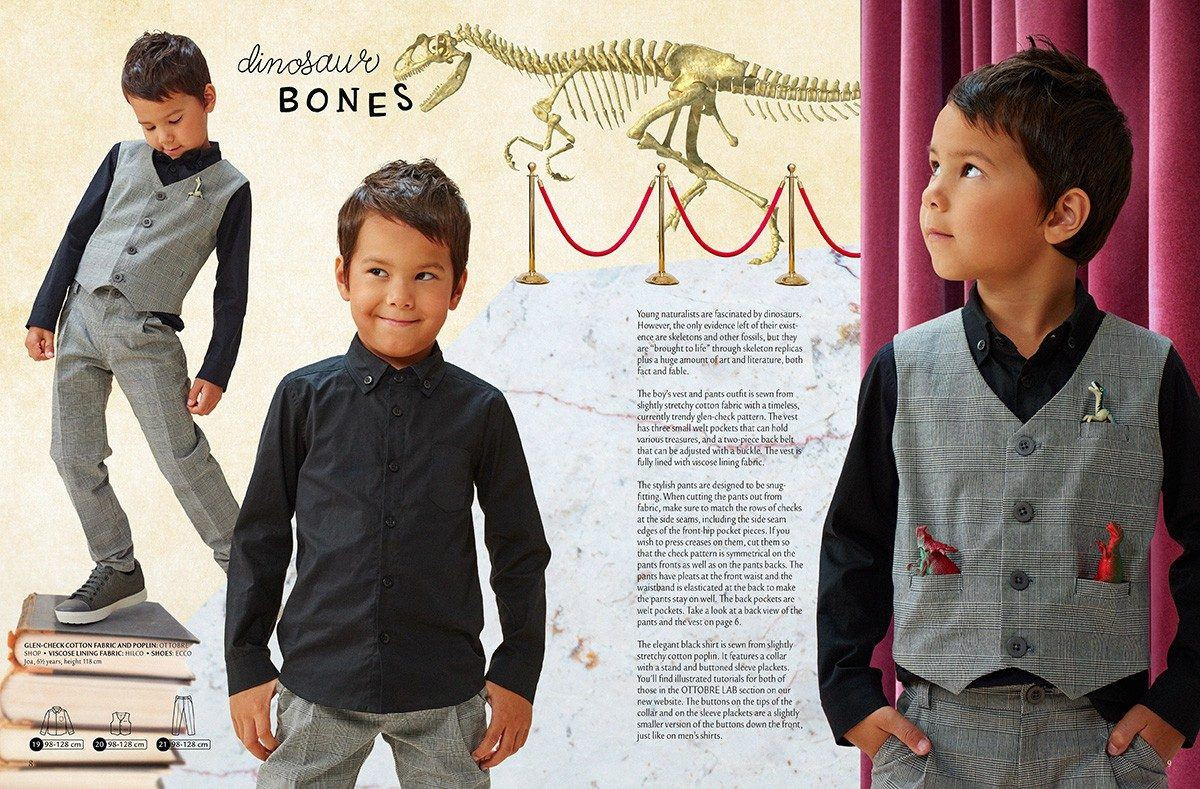 I like the Ottobre patterns because they seem to fit my tall boy quite well and so I felt confident (and tight on time) and went ahead without a muslin. (Though I DID practice before putting in those THREE tiny welt pockets!) Oh, and I think I did it more or less correctly but I guess we will never know since this copy was in Dutch and while I can sort of read Dutch, it’s still a bit iffy and the instructions are a bit sparse so I winged a few bits – further Ottobre magazines will be purchased in French or English. I love that back tie, it just takes the whole thing to a nice professional place.

This project was definitely a challenge, and honestly, what with the schedule, it was only possible because my father-in-law was visiting and, when he wasn’t playing paparazzi in the sewing room, he and Kyle spent a few days making sure I could work undisturbed for several hours at a time, emerging occasionally to make coffee and excitedly wave completed welt pockets in their faces. It’s nice to feel loved.

And here’s the handsome boy himself, all dressed up with nowhere to go. (And apparently before the buttons were added, which I forgot until seeing this picture again.)

p.s. It seems I made a mistake in my queuing and this was briefly published as a blank post. Hopefully this updated version is a bit more interesting!

The other outfits are here!
My dress
Chinook’s romper
Mistral’s dress

I like finding beautiful things and making them too! Currently raising a trio of Canadian kids (Sirocco age 8, Mistral age 6 and Chinook, the Dutch born 3 year old) in the UK with my husband Kyle. Academia is a fickle mistress, but we’re enjoying the adventures along the way. Glad you’re here – Enjoy!